400A hot spring inn with a history of more than a year, and it is a printmaker of the world. 棟方志功Yukari's inn
Home »
Tourist information


The mountains surrounding the city of hot water enjoy the colors of the four seasons and the superb view below.

浅虫温泉There are many famous hot springs in the hot spring town on the north side of Aomori City, and it is called "Atami of Tohoku" and "Okuzashiki of Aomori". Especially in summer, we have a view of Yu-no-Shima off the coast.浅虫It is crowded with tourists from inside and outside the prefecture, such as a beach, a shallow insect sleeper and a fireworks display at night. The children found fireflies in the firefly lake,浅虫Aquarium dolphins and sea ostoises are very popular!

If it is a food, it is a little nostalgic hot spring town that can be enjoyed regardless of whether it is young or old, with fresh seafood of Lu oku Bay and the food of the mountain of Aomori.

Also浅虫温泉Aomori, Oyase, Hakkoda... It is also convenient as a base for sightseeing.

Introduction of the model course by the opening of the Shinkansen 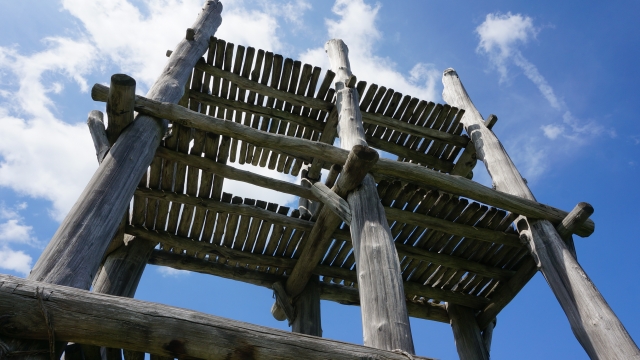 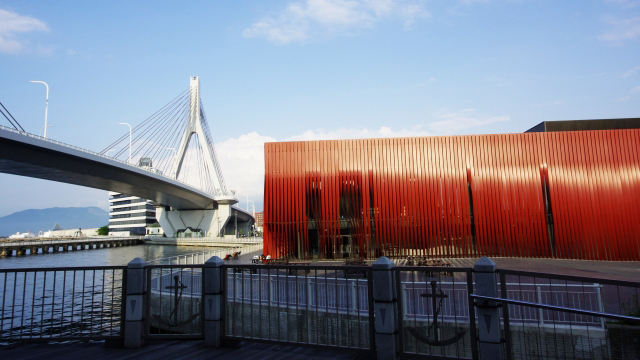 Shin-Aomori Station
2010The last station of the Tohoku Shinkansen, which opened on December 4, 2010.
In the station building "Aomori Shunmikan" located on the premises, there is a food and beverage zone where you can enjoy the local cuisine of Aomori with the theme of local production and consumption, and a special product zone that handles fresh crops and specialty products of Aomori including apples.

The site of the Jomon period in The San'Uchi Maruyama
It is the site of one of the largest Jomon villages in Japan.
The ruins are open to the public all year, so you can visit them freely.
The Sanmaru Museum, located in the Jomon Tokiyo Building, displays a total of 1678 artifacts excavated from the Sanuchi Maruyama ruins, allowing visitors to visit the museum for free.

The House of the Rebutse Wa Lasse
Located on the side of the sea side of JR Aomori Station, it is a facility where you can fully know and experience the history and charm of the Nevera Festival throughout the year.
2The "Neda Museum" on the 2nd floor introduces the history of the NewBusa Festival. In addition, at Nebusa Hall on the first floor, about five large Nebusas that actually came out are exhibited.

■棟方志功記念館
The master born of Aomori,棟方志功30 to 40 works by painters are on display. Works are re-exhibited four times a year. He owns 746 works.

Kamakura's棟方志功Due to the closing of the museum, 800 works will be able to be contained.
The total number of works is now 1546.

■椿館
After dinner, the hotel is about 20 minutes from 7:50 p.m.棟方志功We are talking about the painter.
After that, from 8:30 p.m., go to the TV analog channel No. 7 in your room.棟方志功We are broadcasting a DVD of the painter, so please take a look here by all means. 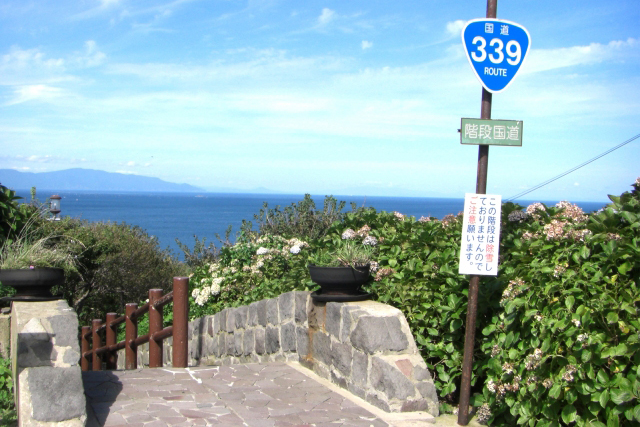 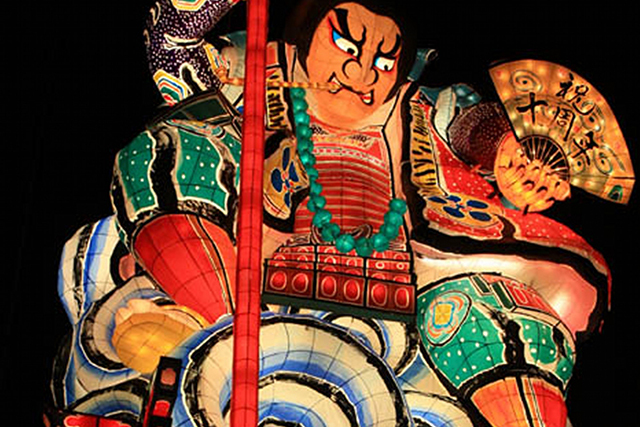 Goshogawara Tachitaketa
2On the second day, let's go all over the prefecture.

Zhaolonghi Cape(The time required from the hotel is about 3 hours by car via Cape Takano, more than 2 hours via Mt. Shibata)
Cape Ryuhi is located at the northernmost point of the Tsugaru Peninsula, and the surrounding area is a promenade centered on a lighthouse, and when the weather is good, you can see the Matsumae Peninsula (Hokkaido) across the strait and the boats passing through the strait.
Nearby areas include the Seikan Tunnel Memorial Hall, where visitors can visit Ryuhi Submarine Station only in summer, and the Stair National Route (National Route 339), which is rare in Japan. It takes about six hours to go around the Tsugaru Peninsula.

Goshogawara(It takes about 1 hour via Higashi-Aomori Interchange and Tsugaru-do, 1 hour and 30 minutes via the national highway) The Goshogawara Tatetaketa, held every summer, is one of Aomori's proud summer festivals along with the Aomori Nebuta Festival and The Hirosaki Neputa Festival. A huge mountain car that reaches up to 20m or more is impressive. There is a "Museum of The Samurai Taketa" in the city, and the Tatetake Taketa is exhibited at all times.

Kingi, Hokkaido(now Goshogawara City)
(It takes about 1 hour and 30 minutes via Higashi-Aomori Interchange and Tsugaru-do by car, and more than 2 hours via the national highway))
In addition to Aomori's proud literary family, Dazai Osamu's birthplace, dazaiji Memorial Museum", Kanagi-cho Tsugaru Smisen Kaikan, and the famous cherry blossom spot Kuwano Park. There is also a blizzard experience tour in winter. 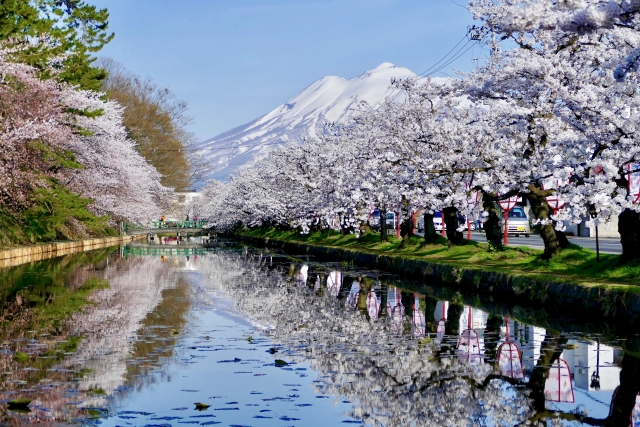 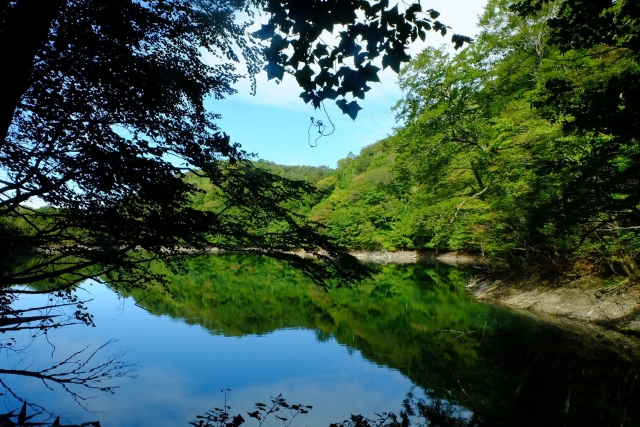 The Shiragami Mountains of Fresh Green
Zhao Ying(The time required from the hotel is just over 1 hour via Higashi-Aomori Interchange and about 1 hour and 20 minutes via the national highway.)
Apple production is the best city in Japan, and various events are held throughout the year, such as the Hirosaki Cherry Blossom Festival in Hirosaki Park (Hirosaki Castle) in spring, and the Hirosaki Neputa Festival in summer.
There are still many historical sites related to history, including the ruins of Hirosaki Castle, Tsugaruyama Leather Hideji Temple, where Tsugaru Toranobu sleeps, and zen forest town where 33 temples are located.

Zhao Hakujin Mountains(It takes about 2 hours and 30 minutes via Higashi-Aomori Interchange by car, about 3 hours via the national highway)
It is a mountain range that spreads from the southwestern part of Aomori Prefecture to the northwestern part of Akita Prefecture, and it is an area consisting of a native forest of beeh. It is also registered as a World Heritage Site. At the summit of Mt. Shiragami, you can enjoy the magnificent scenery of the core area of the Shiragami Mountains.

Zhao Yingshan(It takes about 2 hours and 20 minutes via the national highway by car))
Located in the central part of Shimokita Peninsula, it is one of Japan's three largest mausoleums, along with Mt. Koya and Mt. Hiei. It is also designated as Shimokita Peninsula National Park. Itako's mouth is held at the Hoyama Grand Festival and the Obiyama Autumn Festival.
In addition, because it is a volcano, hot springs spring up in the precincts, and you can enjoy four hot springs.

Zhao Thma, Hokkaido(The time required from the hotel is about 3 hours via the national highway, about 9 hours round the Shimokita Peninsula)
Located at the tip of shimokita Peninsula, it is the northernmost town in Honshu. It faces the Tsugaru Strait and overlooks Hokkaido on the other side of the river when the weather is good. In addition, the tuna of 100,000 is famous, and it is popular as a brand.

This page has been translated automatically. Please note that it may differ from the original contents.